The rise of the internet has given tremendous power in the hands of businesses to attract desired eyeballs. The Internet has the capacity to make a creative content go viral within a fraction of time, something that was not possible in the pre-internet era. And, it is the quality of content whether text , media , infographics or video that attracts eyeballs. More the content is weird, funny, bold or non-conventional;  more it will spread like fire !!!

The most important strategy of Digital Marketing is Inbound marketing that essentially means generating leads by sprinkling content among the target audience. The demand for people who can do creative content development is rising because of search engine traffic.

We need to have new ideas consistently to do creative content development. That’s where lateral thinking comes into the picture. Lateral thinking is most important for breaking stereotypes, conventions and presumptions. It helps in creating solutions to a problem that may not be possible to solve by thinking conventionally.

The art of lateral thinking

Right from childhood, we are taught to think logically in every sphere of life. If I say, what is 2+2 ? Of course, your answer will be 4. If I ask the same question to a person who is trained in computer science, he/she may give the two valid answers as 4 and  22.

Both people are right. The first person could not break the assumption that 2+2 can be added as a alphanumeric character or you can say, as pictures. While treating numbers as pictures or alphanumeric character the mathematical formula of number addition  does not work. The second person was able to break the presumption that 2 need not be a number only.

So we see the lateral thinking starts with breaking the presumptions. The breaking of assumptions or stereotypes is the most important part of it. There is no place for assumption in lateral thinking. It is like giving your mind a wild run with ideas without bothering about its logical validity. This is only possible while forgetting all that has been taught to us in schools and universities to think logically.

Let us take another example. You have a beautiful garden. You just purchased 4 flower pots from your local nursery and a great discount offer was running in your nursery. The gardener in the nursery gave you 1 extra flower pot as a discount offer.

Now all flower pots in your garden are nicely arranged in a logical way as per geometrical symmetry. To keep the consistency in the design , we have to arrange 5 flower pots in such a way that each and every flower pot has to be at equal distance from another. How do we do it? 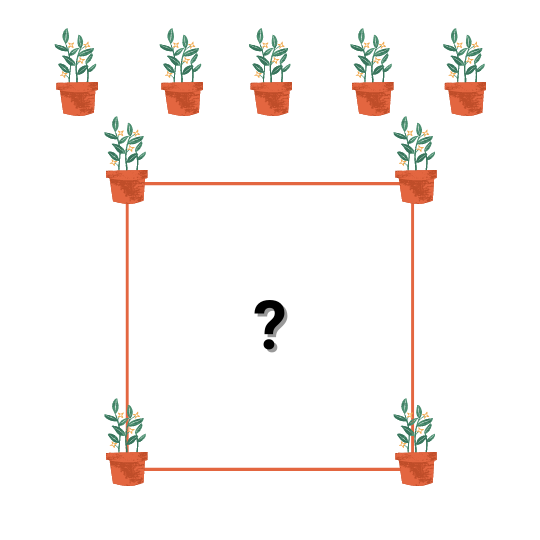 A person who thinks only in terms of  critical, logical or so called mathematical way will try to arrange at 4 corners of a square. But what will happen to the remaining 1?

This problem seems impossible to solve. Unless you focus on the problem statement.  Nowhere, it has been mentioned in the problem statement. that all the flower pots should be in a single 2 dimensional plane. What if we arrange the remaining 5th one on top of all others as the apex of an equilateral square pyramid?. A pyramid where each and every side is of the same length. The 5th flower pot will be hanging on top of all the 4 in the 3rd dimension. 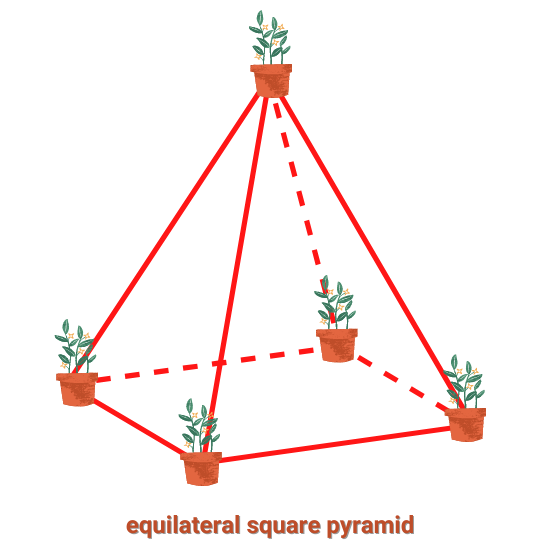 You see that it was assumed that all the flower pots had to be in one plane. But, the problem statement did not specify it. Did it? It it is specified ,the problem does not have any solution.

The internet is full of lateral thinking puzzles and problems. Those are very helpful to understand the functioning of our mind in the lateral thinking process. If you are interested in getting a glimpse of that , here is one link: https://www.destination-innovation.com/the-top-ten-lateral-thinking-puzzles/

Our human mind does not always work logically or mathematically. You may be thinking laterally sometimes, but you may not be aware of it.  Did it happen to you that in a meeting a lot of people were brainstorming, and suddenly a person came out with an out of box idea to solve the problem?  That is the instance of lateral thinking.

Something that may be impossible to implement today, may not be impossible in the distant future. History is full of such instances where the ideas of genius people or lateral thinkers  were termed as absurd and they were called insane.  But still the idea was valid. And, in most cases ideas were transformed into reality in due course of time.  There is no concept of right  idea or  wrong idea in lateral thinking. An idea is an idea. There is nothing like sense or nonsense.

The lateral thinkers try to find as many alternative ideas as possible by breaking the assumptions and stereotypes. Lateral thinking method gives a lot of alternatives and ideas that can further be worked on from a logical point of view.

What are the steps to be followed for creative content development using lateral thinking?

The first step is to generate as many alternative ideas for content as possible.

If you are working on text content, you may try to organize your idea into  story, dialogs, prose , poem or any permutation and combination of them. Focus on the words to express the ideas keeping the context of content in mind. Be original. Do not be shy to sound absurd or bold. Experiment with different synonyms, words, fables, metaphors, analogies and props for expressing the ideas. Memes are very popular nowadays to express ideas in the most funny way.

If you are working on visual content, focus on storytelling keeping the context in mind with different props, imaginary and real characters with animations, audio  sounds and colors. There is no limit to creativity as far as visual media is concerned.

The second step is to choose one or many  of them.

Now, here comes the role of critical thinking or logical thinking. Each and every idea is to be evaluated on the basis of practicality and viability to put it into action.

Following are the further steps to crystallize idea into a master piece of content: 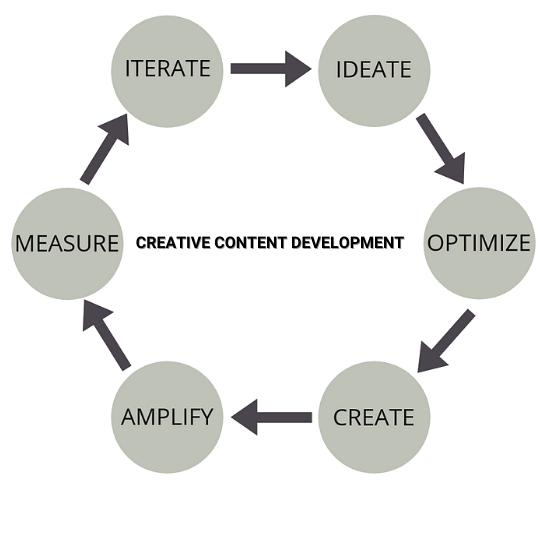 Creative content development is not a structured process. It requires mood, music, coffee and temperament to make it happen. Sometimes you get it in an hour , but in most cases it will go through many iterations of making and breaking to see the light of the day.

So do not look for a step by step guide or manual. Start working on the ideas !

Be in touch with us !

All brand names, logos, copyrights and trademarks are acknowledged and they belong to their respective owners.

We declare that some of the links on this website are affiliate links. If you will make a purchase from the affiliate links, we earn a commission at no additional cost for you.

You can find out more about which cookies we are using or switch them off in settings.

This website uses cookies so that we can provide you with the best user experience possible. Cookie information is stored in your browser and performs functions such as recognising you when you return to our website and helping our team to understand which sections of the website you find most interesting and useful.

Strictly Necessary Cookie should be enabled at all times so that we can save your preferences for cookie settings.

If you disable this cookie, we will not be able to save your preferences. This means that every time you visit this website you will need to enable or disable cookies again.